Way back in November, Jack and I went off to explore London’s gardens. Not the standard gardens of Hyde Park and Kew Gardens though, oh no. We took a trip up to the gardens in the sky, quite literally.  If you’re not already familiar, London is home to a couple of gardens that can give you a great view of the city as well as some relaxing plant vibes. The Sky Garden is probably the most well known, but there are a couple of other hidden gems too, one of which I’ll mention later on.

Sat at the top of 20 Fenchurch Street, or the ‘Walkie Talkie’ as it is more affectionately known, the Sky Garden is most certainly a garden with a view.

The gardens are set right at the top of the building, offering 360 degree panoramic views across the city, set over 3 floors. The garden is home to one of my absolute favourite views of London as you can see literally every major landscape. Tower Bridge, Westminster, the London Eye and the Shard, you name it, you can see it.  There’s also a pretty damn good view of St Paul’s Cathedral (probably my favourite landmark of all!).

The best bit about it all too? It’s completely free to go up!

The garden is ticketed, with a limited number of tickets given on a half-hourly basis. These can be booked from a week in advance, with new tickets being released every Monday. If you’ve left it a little late, you can often book fairly last minute too, providing you’re not after tickets at peak times. There are also walk-in tickets available at select times but if I were you I’d just try and pre-book. If you can, I’d definitely recommend going for the sunset/golden hour (these times are stated at the top of the website), the glass dome does incredible things with good light!

But it’s not just plants up there…

As well as having some amazing views and lovely gardens to wander around, there are also several restaurants and bars to sample. We just had a cup of tea from the Sky Pod Bar, the main bar that looks straight out onto the Shard, but the City Garden Bar at the opposite end of the garden did some rather fabulous looking cocktails! If you’re looking for something a bit more private and fancy, the restaurants looked amazing from the outside and are shut off from the hustle and bustle of the viewing areas a bit more. They would definitely make for a dinner to remember!

The garden itself is designed with several different terraces and walkways throughout and according to the website each terrace has a different theme. Now, I can’t quite say that I noticed the ‘themes’ as I’m not particularly green fingered, but I can tell you that it does have allll of the tropical vibes. Lots of ferns and bright flowering plants.

Despite the tropical theme, it’s definitely not tropical in climate. The garden is naturally heated so if it’s cold outside its going to be cold inside too, no heaters here! There is an outdoor observation deck to get some great photos without the glass, but it is weather dependent if it is open – can’t have anyone being blown away!

I’d read several reviews of the garden saying it was somewhat reminiscent of an airport departure lounge, and I can kind of see where they’re coming from. Although, if that’s what airport lounges are supposed to be like then I’ve definitely been to the wrong airports! It does have a very minimal, slightly sterile feel in some areas, and if you’re expecting a fantastic botanical display then you’re probably in the wrong place. Don’t get me wrong the gardens are lovely but if you’re going up, it’s more than likely going to be for the view.

If you fancy booking yourself some tickets or just want to find out a bit more, head over to the website via this link. 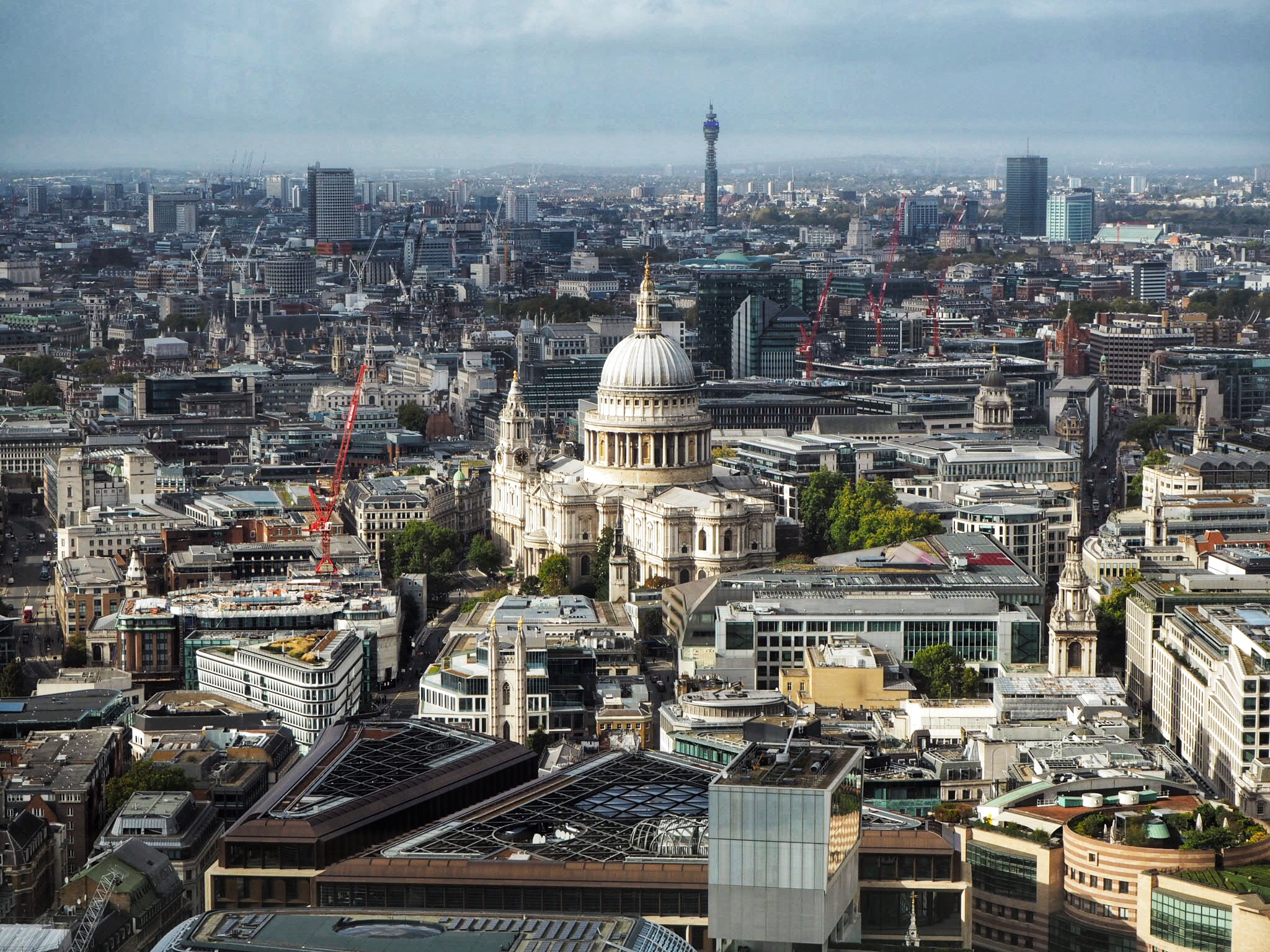 The garden runs for 300 metres along the top of the building and draws on the heritage of Canary Wharf as a trading dock. Crossrail Place itself sits directly north of Greenwich on the Prime Meridian, so the creators of the garden have used this to create distinct East and West geographic zones.

At the far end of the garden lies an open performance space, used for various events throughout the year. This space was also home to one of the Play Me, I’m Yours pianos when we visited, so of course I had to have a little play.

The Crossrail Place Roof Garden is also completely free to visit, but unlike the Sky Garden, you can just turn up and have a wander round!

As well as the garden, Crossrail Place is home to a variety of restaurants. We headed over on a Sunday morning and it was exceptionally quiet, we were quite literally the only people in the garden other than the security guard. With this in mind, the garden didn’t have an atmosphere in quite the same way that the Sky Garden did and it didn’t have the views either. However, if it’s a quiet spot in the busy city that you’re looking for, then this will do the trick at the weekend. I can’t comment on what it’s like during the week, but I would guess that it’s quite the opposite.

If you want to head over and take a look, there’s a handy map of Canary Wharf here and a bit more about the garden here.

WIN: A Fabulous Day Out at BBC…

PREVIOUS POST
"Exploring the Barbican Estate and Conservatory"
NEXT POST
"A Stereotypically British Day in London"
0 comments so far.